Vivien Leigh was a British actress whose charm, ambition, and sophistication captured the attention of all those who met her. She is considered to be one of the best actresses of all time. Leigh’s acting career skyrocketed when she won the role of Scarlett O’Hara in one of history’s most iconic films, Gone with the Wind. Her fame was also due to her romantic relationship and affair with actor Laurence Olivier, a story of both love and tragedy. However, a part of Leigh’s story that is not well known is her lifelong battle with bipolar disorder.

I swing between happiness and misery…I am part prude and part non-conformist. I say what I think and I don’t pretend.

Vivien Hartley (later changed to Vivien Leigh) was born in 1913 in Darjeeling, India. As a child, Leigh voiced her desire to become an actress to those around her. At 18, she enrolled in the Royal Academy of Dramatic Arts in London, England, to pursue acting. The signs of bipolar disorder were present growing up, which many of her schoolmates acknowledged years later.

We didn’t know it then, but then how could we? It was there, though. Vivien would get along fine for a few weeks, a few months-be perfectly normal and friendly and involved in her activities. Then suddenly a complete turnaround…Knowing what we know today about these things, one would definitely have to say that Vivien was a disturbed young girl, disturbed in some way that she had no control over.

– A Schoolmate of Leigh

At 19 years old, Vivien met her first husband, Herbert Leigh Holman, a 31-year-old lawyer who immediately fell in love with the young starlet. In 1932 the two were married. In October 1933, Leigh gave birth to her daughter Suzanna. She used Holman’s name to form her stage name, Vivien Leigh. However, the role of housewife was unfulfilling, which enhanced her pursuit of taking on a different type of role as an actress.

In 1936 actor Laurence Olivier and Leigh met one another. A year later, they became romantically involved when the two co-starred in the film Fire Over England. Olivier and Leigh were married with children at the time, but it didn’t stop them from continuing the affair. 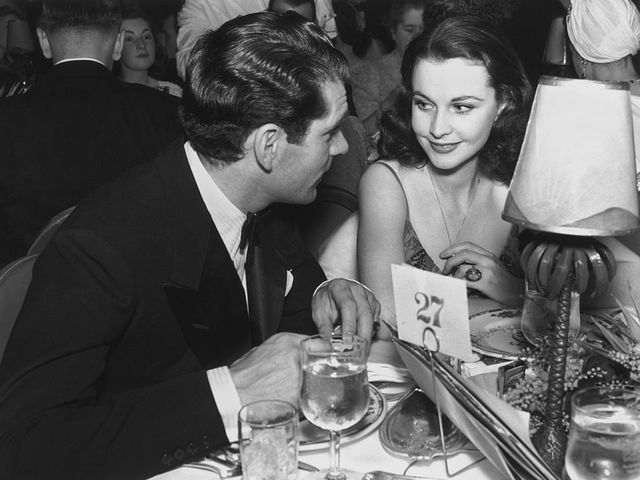 Around the age of 25, the symptoms of bipolar disorder began to surface heavily in Leigh. The mood swings and erratic behavior caught the attention of those around her, including her co-stars. It was around this time that Leigh’s mental health declined more rapidly. Still, her internal battle fueled her intensity and drove her to be successful. 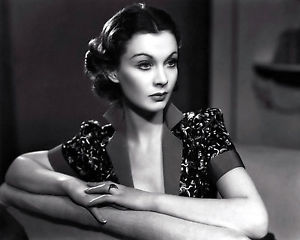 Leigh could pull from her emotions so that other actresses auditioning for the same role as her would drop out. The majority of the time, Leigh was successful.

When I get totally depressed and I’m really down, I’m like a thing, a amoeba, at the bottom of the sea. I stop everything then and only my friends can pull me up.

Leigh’s acting career took off when she was signed to play the role of Scarlett O’Hara in Gone with the Wind. She worked 16 hours a day, six days a week, for 125 days. Although Leigh received praise and attention for her performance, she struggled to cope mentally, leading to an overdose on sleeping pills. She blamed the incident on the stress over the film’s success. Leigh won her first Academy Award.

In 1940 Laurence Olivier and Leigh finalized their divorces and married shortly after. Their acting careers began to take off. In 1944 Leigh fell physically ill and was diagnosed with tuberculosis.

While rehearsing for the film Caesar and Cleopatra Leigh who was pregnant at the time miscarried triggering her into a deep depression that emphasized her struggle with bipolar disorder.

No one had such a charming personality. But at times she could strike out at you, seemingly without provocation. At those times she’d retreat into one of her darkest moods and would stay there for a long time…Then, like a spring flower bursting open, she’d emerge the next day like the dearest, most gracious and effervescent personality you could ever imagine.

Leigh’s mental health continued to decline, and she underwent several electroshock therapy sessions (ECT), a brain stimulation procedure in which small electric currents are passed through the brain. The treatment left burn marks on Leigh’s temples. After the process, a close friend recalls visiting Leigh to find the actress crawling on the ground, digging with her hands.

Not only did her friend witness the change in Leigh’s personality after, but Olivier noticed a significant difference in his wife, who was once full of life. Olivier commented on these changes in Leigh. 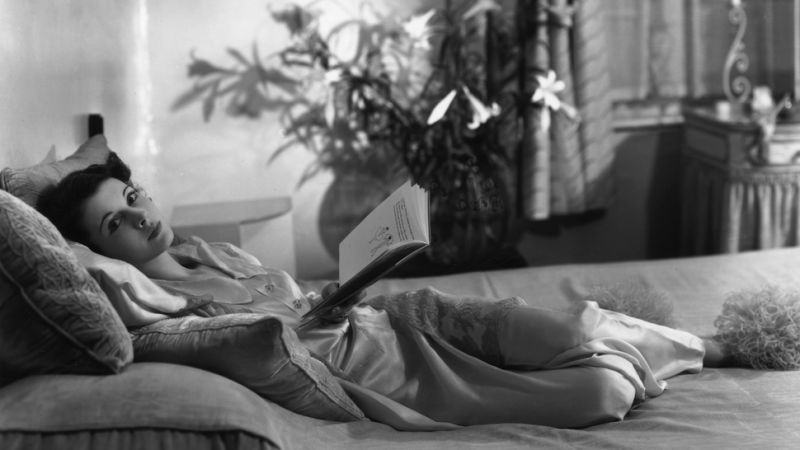 Not only did her friend witness the change in Leigh’s personality after but Olivier noticed a significant difference in his wife who was once full of life. Olivier commented on these changes in Leigh.

I can only describe them by saying that she was not, now that she had been given the treatment, the same girl that I had fallen in love with. … She was now more of a stranger to me than I could ever have imagined possible. Something had happened to her, very hard to describe, but unquestionably evident.

Leigh won the part of Blanche DuBois in the London production of Tennessee William’s play A Streetcar Named Desire, directed by Eli Kazan. Despite her mental health decline, Kazan admired Leigh and sought her out for the role.

She has the greatest determination to excel of any actress. She’d have crawled over broken glass if she thoughts it would help her performance.

Leigh won her second Academy Award for Best Actress for her performance as Blanche DuBois in A Streetcar Named Desire. She related deeply to Blanche’s character, a southern belle on the brink of a nervous breakdown. 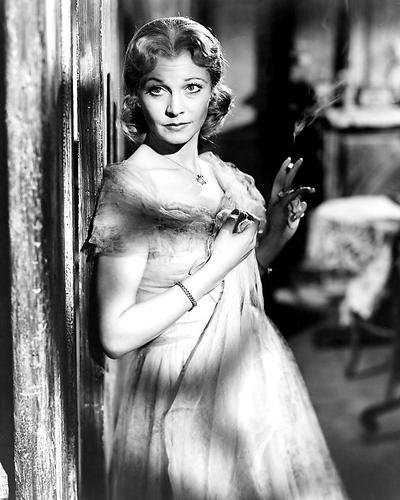 She is a tragic figure, and I understand her. But playing her tipped me into madness.

Leigh suffered another mental breakdown while filming Elephant Walk in Sri Lanka and admitted to Olivier that she had been romantically involved with actor Peter Finch. The guilt and pressure caused her mental health to spiral out of control. Leigh began to hallucinate and was sent back to Los Angeles to receive treatment. While en route, Leigh tried to jump out of the plane.

She had frequent outbursts on film sets. On one occasion, she refused to come out of her dressing room and started shouting lines from the film, A Streetcar Named Desire. Leigh was sedated and taken to a psychiatric hospital in Britain.

She would go through shivering fits and couldn’t remember some of her erratic behavior that others witnessed. Her mental instability was severe to the point that Leigh would wander naked through the gardens and fall into bed with strangers on occasion.

Her mental health not only affected her work but her marriage to Olivier. Although Olivier stayed through her emotional battles, episodes, and infidelity, it would not be long before their marriage ended.

Towards the end of Olivier and Leigh’s marriage, she became romantically involved with actor John Merivale during the play Duel of Angels. Olivier would eventually have an affair with Joan Plowright, an actress who was 22 years younger than him.

The downfall of her marriage to Olivier caused Leigh to hit a severe low to the extent that she started threatening suicide.

Vivien is several thousand miles away, trembling on the edge of a cliff, even when she’s sitting quietly in her own drawing room. 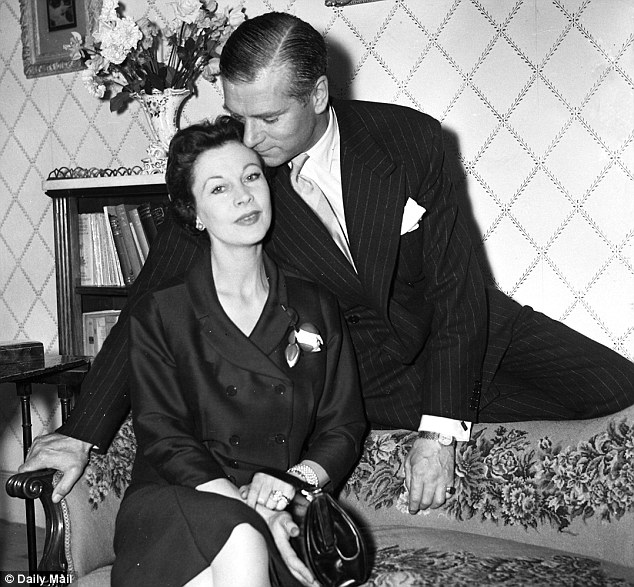 In May 1960, Leigh and Olivier divorced, ending one of Hollywood’s most famous love stories. Although the two were no longer together, and Olivier remarried, it was evident that he never stopped loving Leigh.

Leigh won a Tony Award for her role in Tovarich. Like Eli Kazan, director Stanley Kramer was in awe of the performance she delivered even though she was mentally and physically ill. 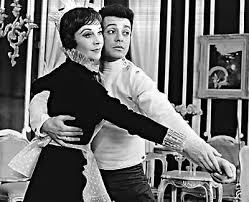 At age 53, Vivien Leigh, one of Hollywood’s most iconic actresses, died of Tuberculosis. Fortunately, before her death, she rekindled her relationship with her daughter Suzanne. In her honor, the London Theater District blacked out its lights for a full hour. Leigh will always be remembered for her ability to capture audiences worldwide and the passion that drove her performance as an actress. Her struggle with bipolar disorder took a significant toll on her life, but the pain she endured did not define her. Leigh carried on even at her lowest and used those painful emotions to fuel her intensity. A woman who, at her weakest, represented strength, a true icon. 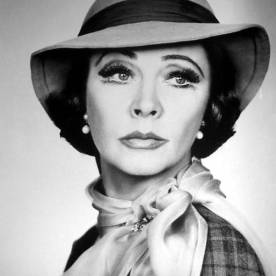 Laurence Olivier died in 1989. Before his death, Olivier was seen crying while watching a film starring Leigh and said, “This, this was love.” 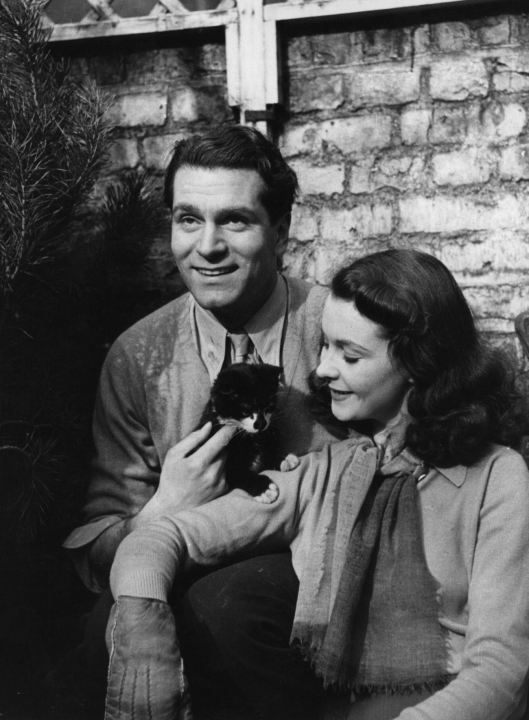 Inspired by the story of Vivien Leigh by @hannahdblum

Read “Marilyn Monroe: What You Didn’t Know About Her Journey With Mental Illness”

Learn more about bipolar disorder, including the symptoms and signs: What Is Bipolar Disorder?

Vivien Leigh: A Star With A Secret

The Lost Love Letters of Vivien Leigh and Laurence Olivier

5 thoughts on “Gone with the Wind, Lost in Her Mind: Vivien Leigh and Her Life with Bipolar” 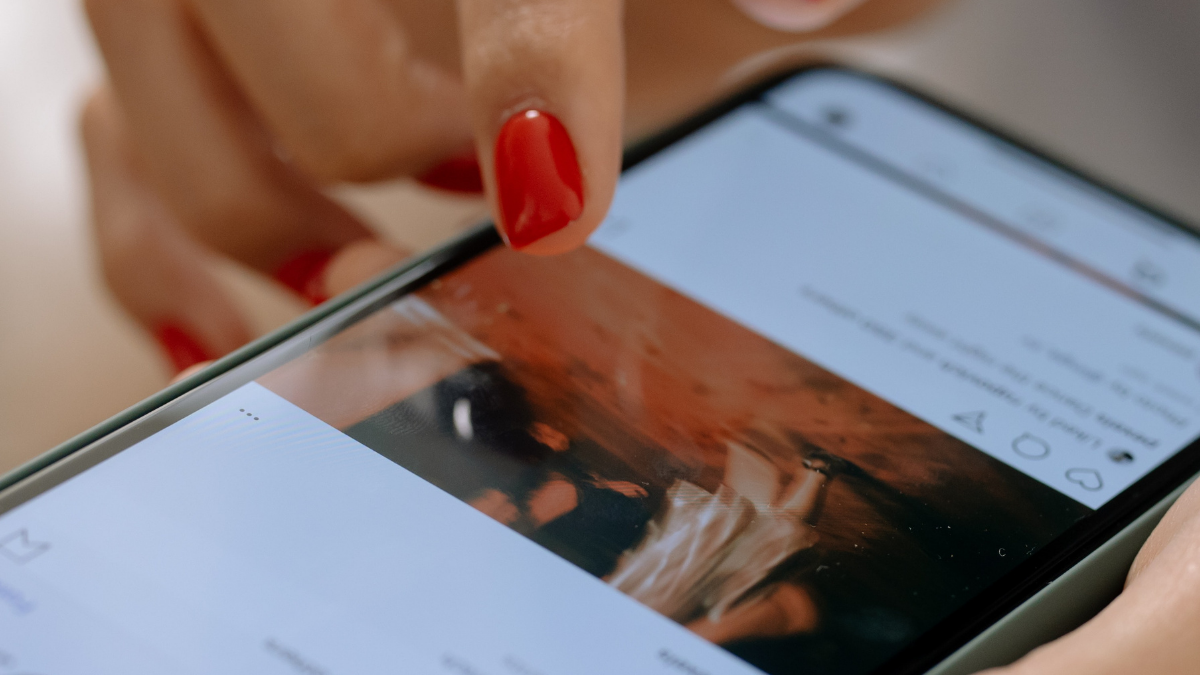 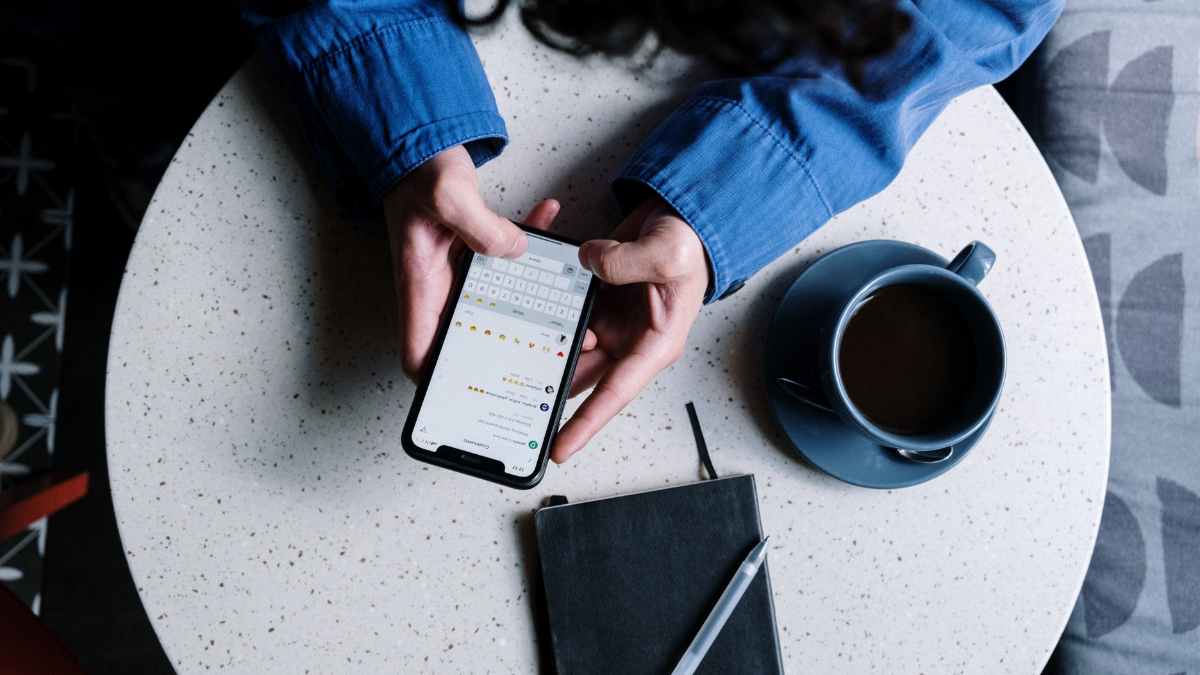 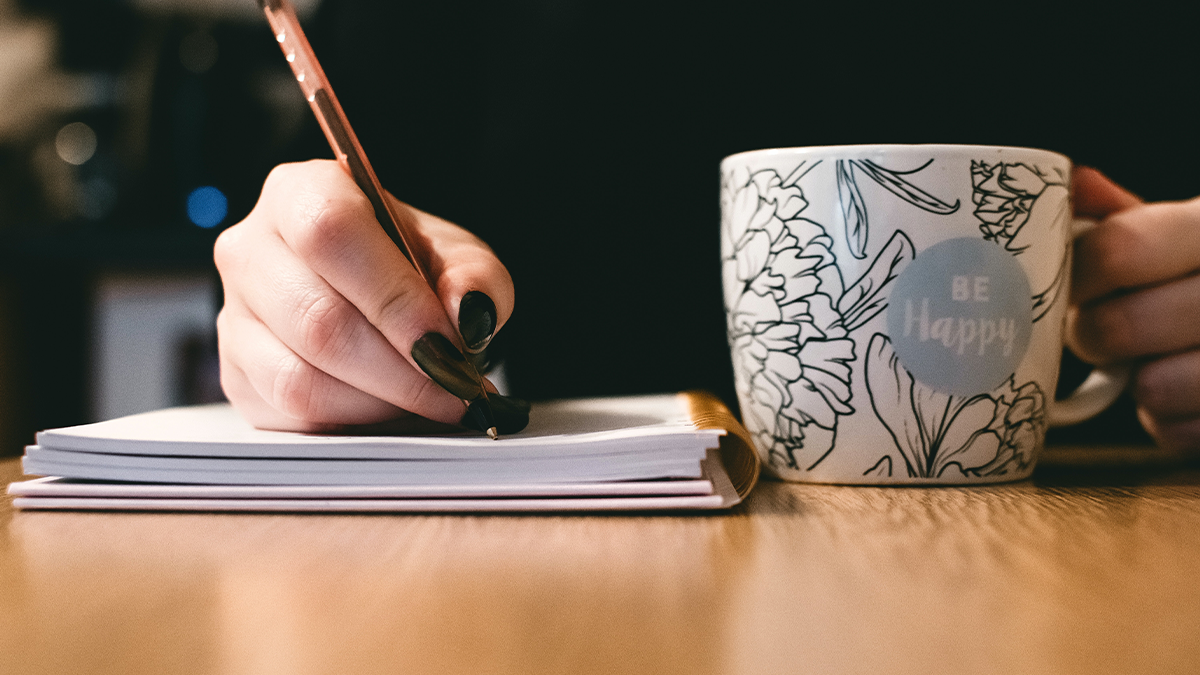